AfricanBamba Human Rights Film Festival in Thiaroye,            Senegal is planning its 4° edition with 2 appointments: one special event in Dakar on the 10 December 2015, marking the International Human Rights Day, followed by a 4 days event in Thiaroye from 3 to 6 March 2016 at the Centre Culturel Jacques Chirac and other venues in Thiaroye, as Cinema du Quartier. The Festival will host film screenings, debates to raise awareness on human rights issues, free health checks and prevention programmes, as well as performances, sport events and music.

The main focus of AfricanBamba is on women and children human rights issues.

AfricanBamba has successfully inaugurated its 1° edition in 2012 with a programme of film screening, music concerts, arts exhibitions, building up a very significant community event in Senegal to debate and raise awareness on social contemporary issues affecting young people, with a special focus on Migration. In 2013 the Festival has continued with a 2° edition focused on Youth and Women, introducing also community screenings in the streets of the banlieue and free health checks and vaccinations for women and children. AfricanBamba Human Rights Film and Arts Festival 3° edition in 2014 focused on Boolo – Community and Non Violence, with a strong programme of film and debates, music and theatre performance, sports  for peace, and continuing free health checks, vaccinations and family planning for women and children.

This new 4°edition will focus on: Conflicts in Africa and the Middle East and the current international humanitarian refugee crisis; Health in the banlieue‐ to continue our committment on women health, family planning and HIV/AIDS prevention and for spreading awareness and knoweldge on the urgent issue of Ebola, as well as on the emergence of Diabetes; Food & Earth – focusing on human rights issues around the right to food (food sovereignty, economic disparities in the world, sustainable agriculture), earth (climate  change, land grabbing, rights to land) and water (privatisation of water sources, water economy and  conflicts), as inspired by the manifesto that has been drafted from the African Social Forum in October 2014; Alcohol abuse and dependency, in particular with regards to this very powerful and lethal alcoholic drink called Diakarta that is destroying young people, also here in the neighbourhood.

The potential of youth in the world, and particularly of African youth in countries such as Senegal, is enourmous and unfortunately yet not at all exploited: energy, dreams and hopes are crashed under pressing poverty, lack of employment and huge unequalities in the world economic system. Gender is a main factor for development and opportunity in Senegal, and young women are unfortunately very often in severe conditions which do not allow them to emancipate and fulfill their potential. AfricanBamba itself aims to become a project where such energy could be channelled to allow for youth and women’s empowerment in the community.

Core programme of the festival are the screening of films focused on human rights. Trying to engage participation from the community, AfricanBamba  uses films as a medium to start discussion on themes that require urgent attention in the banlieue – from youth unemployment to migration, from early marriage to women’s emancipation, from street children to right to health, education and non violence. Youth resistance and women’s     empowerment are portrayed through films, to celebrate and learn from the efforts that youth and women are making in other parts of the world and in Africa, facing similar difficulties and challenges, hopefully provocking inspiration towards positive social change also at local level.

WHY A HUMAN RIGHTS FILM FESTIVAL in THIAROYE, SENEGAL

AfricanBamba Human Rights Film Festival – first festival in Senegal dedicated to human rights films – is becoming a very important Lopportunity for community building and for creating alliances and  networks at local and global level which facilitate also throughout the year projects towards development, empowerment, education and for the voicing of the concerns of the community, whilst offering an opportunity to debate issues – such as for instance, migration, street children exploitation, flooding, youth unemployment, gender inequality or violence. These and others key urgent themes are addressed during the festival through different artistic modalities, for then been discussed formally and informally throughout the day.

The festival is one key opportunity for us to communicate to our governors, to our people and to the world what are our dreams, our worries, how we would see a social just and peaceful world. The Festival provides us in fact with one the very few opportunities for the youth and the women of the banlieue to be exposed to socially engaged cinema – feature films and documentaries from around the world – and is an important chance for the community to be actively involved in a participatory programme of direct engagement on human rights, where films can act as tools for advocacy and voicing concerns of the community. The festival would ideally become – year after year – a permanent space where socially oriented communication, voicing of concerns, sharing of experiences and information / awareness would be happening at the local level, whilst globally connected.

The festival have a significant impact on the community of Thiaroye. For the youth and the women of Thiaroye the location of the festival in the banlieue rather than in Dakar or Goree means recognition in itself and increases the identity of the festival as a participative project rooted in the community. In Thiaroye, where is very rare the presence of NGOs or international organisations, the festival is in fact viewed as a new way for the community to engage, be recognised and express themselves on their urgent social issues.

Central venue of the festival is the Centre Culturel Jacques Chirac, which is centrally located in Thiaroye and is renowned by the community, as it is an important centre for youth engagement against drugs and abuse through sports. The venue is set up with an open air screening space, a conference room, an outdoor performance stage and free health checks venues. The venue can host up to 400-500 people. The cinema screenings will happen in a dedicated area that holds from 200 to 300 people. AfricanBamba Festival organises screening also in the banlieue neighbourhood in the main squares of Thiaroye as Cinema du Quartier. Finally we organise events in collaborations with international NGOs, Embassies and Cultural Centres in the city of Dakar to further spread our message connected at international level. 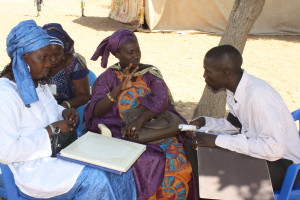 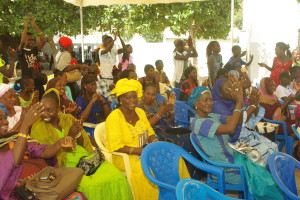 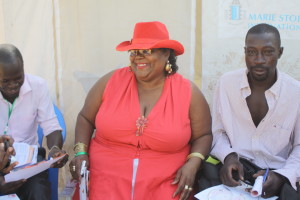 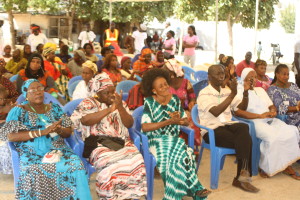 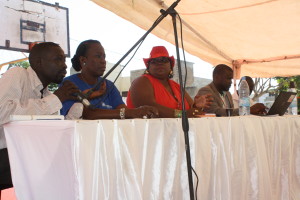 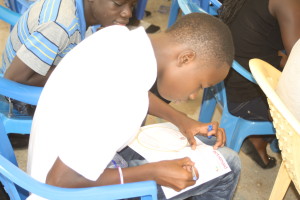 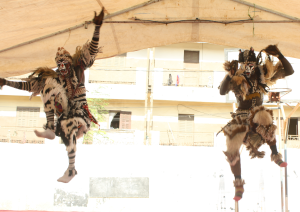 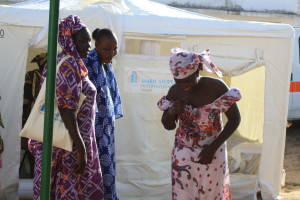 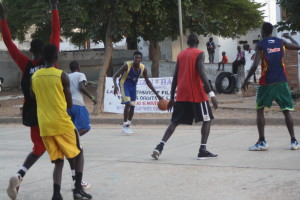 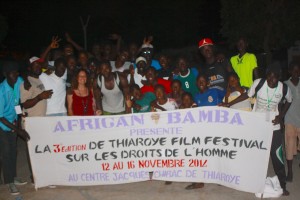