Throughout the years, AfricanBamba festival has been organised and promoted by AfricanBamba in partnership with international and local partners, among which Movies that Matter, the Royal Embassy of the Netherlands in Dakar, ActionAid International, Human Rights Nights, Marie Stopes International and La Comune de Djiddah Thiaroye Kao in 2014. In previous years we had the support of the Brasilian Embassy, the Italian Development Cooperation Agency in Senegal, and Puma.Creative. Since 2014 AfricanBamba Human Rights Film Festival has become member of the Human Rights Film Network – an international network of more than 40 festivals across the world dedicated to human rights (www.humanrightsfilmnetwork.org).

We are now in the process of renewing partnership and raising funds for 2015 and 2016, seeking further alliances and partnerships at international level with NGOs, foundations, ethical donors, human rights and socially engaged organisations; in Senegal, we are liasing with embassies and cultural institutes, NGOs and development cooperation programmes in the country. 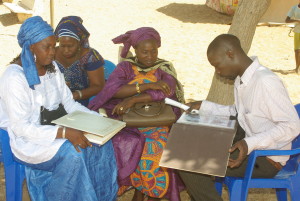